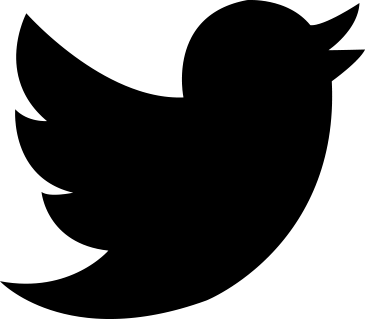 Discover our 7ribu!
See all
DRD4 and 7r

Venture Design
Find the solution to your problem

Ideation
From a problem to a business line

"If you stand still you fall backwards. You cannot stand still because the world moves away. And there's no stasis, there's only backwards. And, so, if you're not moving forwards then you're moving backwards."

This quote sums up very well the moment of profound change we are currently experiencing in the world of corporate innovation.

Note that this will be the last time I use the word "innovation" as a term for leading a mature company's response to technological disruption and new customer needs.

And I do so following the example of those who lead the way. Bezos, in his letter to investors in 2019, uses this word ONCE in this context and does not mention other "typical" words such as transformation. Neither does Facebook. Instead, they use words like "invent", "diversify", "create", "build"....

Does this mean that Amazon or Facebook are not innovative?

Against this, we only have to looking back to see how leading companies that have focused their proposition on incremental transformation of their current model are being replaced by new technology companies.

At 7rthe last year we have had the opportunity to talk to the heads of large companies (IBEX35, family groups) in Spain and Europe. Being in a privileged place to learn what has worked, where the efforts are going, what the challenges are... has led us to make a first reflection on the moment we are living, and the reasons that make us think that the ideal conditions are in place for a greater penetration of corporate venture building .

The road to a new engine of growth

Until recently, companies had only two options, M&A (acquiring the capabilities of a start-up) or R&D (research and development to improve existing capabilities).

The question was simple; when should I buy or when to hatch?

While M&A is considered to be an established strategy for growth in mature environments, it has its limitations with studies The studies that put the percentage of erroneous M&A investments at between 70% and 90%. Without sharing this extreme, we see that buying companies in a market with the valuations we are seeing may not always be the best idea. This is assuming that there is a company to acquire (difficult especially in industrial environments) and without going into culture shock, lack of alignment and incentives, problems integrating the startup into the corporate structure, etc...

If M&A only works in certain contexts, the option of developing a strong R&D investment remains. While a valid option, they often do not have the momentum to scale due to lack of specialist talent, long lead times to revenue generation, etc... resulting in many incubators and corporate accelerators having closed before their products reach maturity.

Even if these projects are carried out, taking as a reference the number of patents granted and money spent on research we see comparisons such as the following in 2019:

Is Netflix then less "innovative" than Intel, or do we again have to revise our definition of innovation?

I'm afraid we need to look for another one, or at least a tool that complements the previous ones. In 2018 alone, S&P companies invested a total of over $1.3 trillion in R&D and M&A. Given that this figure is 13x the 100 billion that Venture Capital deployed in the US. over the same period, we might think that companies are fending off the entrepreneurial world better and faster. Instead we see the opposite trend .

Moreover, every dollar invested in corporate growth generates 15% less revenue than it did ten years ago . If we continue like this, our children or grandchildren may well not see many of the companies that are now leading the market.

Henrik Werdelin explains it phenomenally in his book "The Acorn Method", where he compares a maturing company to a large tree, which can grow until gravity limits it. At first it grows rapidly, generating rows of branches and reaching great heights, but after a while, it stops growing because the branches at the bottom cannot compete for resources with the older branches at the top.

Trees, however, do not only grow vertically. Over the last 385 million years, they have developed alternative systems of horizontal growth, enabling them to become the longest-living multicellular organism on the planet. One example is the oak tree, which, once it reaches maturity, produces hundreds of acorns, creating a method of regeneration that makes it a keystone species that anchors entire ecosystems.

Trees, however, do not only grow vertically. Over the last 385 million years, they have developed alternative systems of horizontal growth, enabling them to become the longest-living multicellular organism on the planet. One example is the oak tree, which, once it reaches maturity, produces hundreds of acorns, creating a method of regeneration that makes it a keystone species that anchors entire ecosystems.

That is, trying to create a forest instead of a taller tree...

And we believe that Corporate Venture Building is the best tool to do so .

Corporate Venture Building as a lever for diversification

Up to this point in the article, we have defined, or rather argued, why companies must move away from transformation towards diversification if they are to be truly competitive.

And that the ideal way is to complement existing tools by launching their own ventures, replicating the agility of other start-ups but with the competitive advantage and access to knowledge that comes from their position in the market.

A Corporate Venture Building strategy should be designed to minimise systemic risk in today's markets.

Based on our experience, the design of this process, or "playbook", starts by defining the company's strategic verticals and cross-references them with its "unfair advantages" to look for solutions with potential to generate revenue in the short to medium term. Once identified, prototypes are built using agile methodologies to validate the value proposition and establish the economic needs for the creation of a new company. Only when we perceive real value for the product, we look for a founding team with experience in the sector, who can leverage the advantages of the corporate structure to make this new company successful.

Studies show that large companies that diversify their revenues are rewarded with higher stock valuations.

Specifically, an analysis of the percentage of revenues coming from new business lines vs. total share performance has been conducted for 1,838 listed companies in the US and Europe over a 10-year period between 2010 and 2019, with the following conclusions:

This result opens the door to at least discuss the "mantra" we see in the innovation world that"you have to invest a lot of money and wait several years to get tangible results".

While there is a degree of necessary investment, we see that in more mature ecosystems, the market is rewarding companies that are more courageous where the greater the degree of diversification, the greater the growth in shareholder value.

This is whywe at 7r consider Corporate Venture Building to be the perfect tool for understanding "innovation" as the process of searching for and continuously creating a portfolio of viable opportunities to generate new lines of revenue.

Opening the boot of memories

For those of you who have made it this far, I don't want it to seem that now that we are seeing an upward trend in Corporate Venture Building, there wasn't a "family of crazies" who saw it clearly 5 years ago .

While preparing this article, it occurred to me to "browse" through our drive folder and open the first 7r presentation that Carlos and Ángel (our partners) put together, and it seems that the vision hasn't changed much.

Since 2017, we have designed more than 30 new businesses with our partners, launched 5 new companies; Ringo, Rento, Zityhub, Apprender y Vivla, even making "exit" in 3 of them.

And with this playbook to ideate, design, build and scale these operations as a backpack, we are more excited than ever to be able to contribute in helping large corporations design their Corporate Venture Building plan to subsequently launch startups as part of their diversification and new revenue generation strategy.

More from
Carlos
Latest in CVB

The "unfair advantages" of large companies

For most of the 20th century, the leading companies in an industry were considered the "player" to beat. Size was a competitive advantage, an asset, not a liability. In the early 1990s, large companies that had dominated for a long time began to decline, triggering a change in mentality that has continued to this day.
Scaling business
9.8.22
4min
Read

"If you stand still you fall backwards. You cannot stand still because the world moves away. And there's no stasis, there's only backwards. And, so, if you're not moving forwards then you're moving backwards". This quote sums up very well the moment of profound change we are currently experiencing in the world of corporate innovation.
Corporate Venture Building
9.8.22
7mins
Read